Trump on Poland and Polish Americans.

From PAC National: Donald Trump, Republican candidate for the President of the United States, spoke to the Polish-American Congress, representatives of 10 million Polish Americans, on 28 September in Chicago. Mr. Trump’s powerful speech focused on the security of Poland. He said: “I pledge to you that the Trump administration will be a true, true […] The Jedwabne Tragedy of 1941 has haunted us Poles. The story has been told in many ways by many people. The efforts to search for the truth resume with the work of Dr. Ewa Kurek in Poland. The PiS and the government in Poland is resisting efforts to allow for a proper exhumation and forensic […] 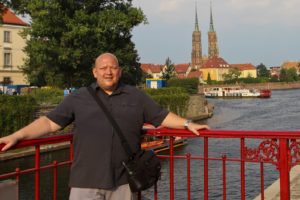 At our Polish Fest a couple weeks back, Photographer Ed Merski had a table. In case you missed seeing him or his work, here is an introduction. Ed Merski is a second generation Polish-American who was raised in Gilford, NH and now resides in Winthrop, MA. A graphic and web designer, Ed is also a […]

On Wednesday, January 20th the Polish American Citizens Club in Dorchester, MA celebrated the Installation of Officers and Directors. The Club dates back to 1939 with a long history of providing Polish Immigrants of Boston a place to mingle, to meet new friends, family and celebrate the rich cultural heritage of the land they left […]

How the Polish Center of Discovery an...

With the upcoming Open House at the Polish Center on January 16th. Our very own PAC member and VP of Technology, Eric would very much like us to attend this Open house<Saturday now at 1.30pm>. Here is his blog entry:   First a little bit about the Center itself. The Polish Center of Discovery and […]

Koledzy/Friends On November 17th, 2015 the Polish American Congress of Eastern Massachusetts held their annual PAC Day at the State House. It was held in the Member’s Lounge right outside of the council chambers. About 30 or so visitors and several legislators attended this event. Our four speakers were Stanley Dzierzeski, Mark Wiesniewski, Polish Consul […]

Patrice Dabrowski, an author and professor has just released a book titled “Poland: A Thousand Year History”. A must read for Polish Americans and everyone interested in the history of our nation that helped define Europe. You can actually meet Patrice this Friday April 10th, at her book ceremony at 4.15-6pm, Atrium & Goldman Room, […]

PAC of Eastern Mass Third Blog~trzeci Blog: Peter Olejnik Our very own PAC member Peter Olejnik is a talented man. He has his own production company called Dry Dock Studios.  We’ve been fortunate to have him assist us in our upcoming Polish Fest. He’s been our Videographer and Producer of our soon to be released […]

PAC of Eastern Mass Second Blog~drugiej Blog: Kasia Sokalla Our Commonwealth is truly blessed with a voice that moves both the heart and soul. It is a voice that rides across the waters calming the turbulent waves. You hear not the echoes but the distinct voice of Poland. Her beauty is in music. The voice […]